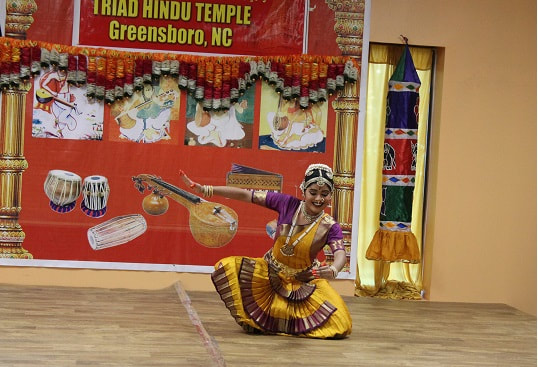 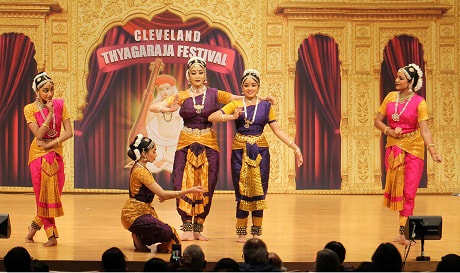 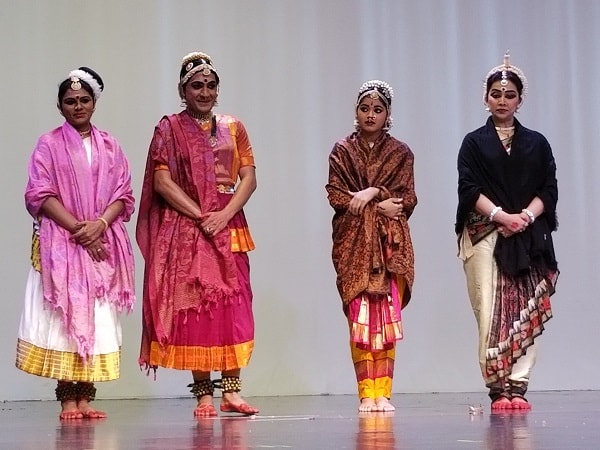 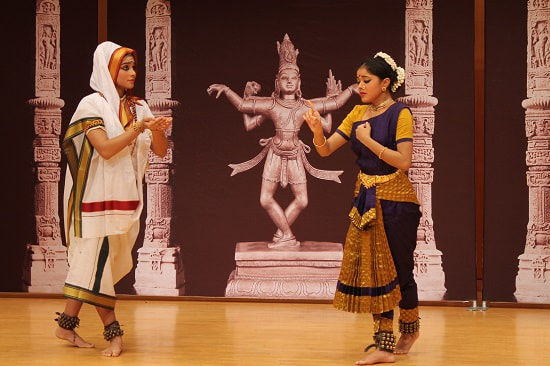 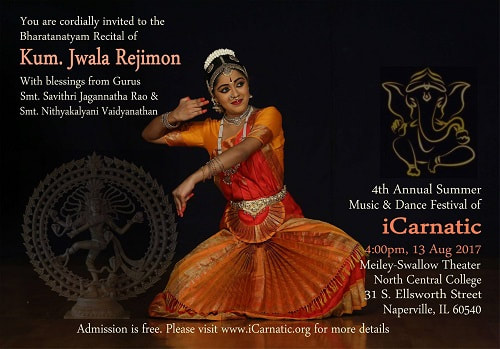 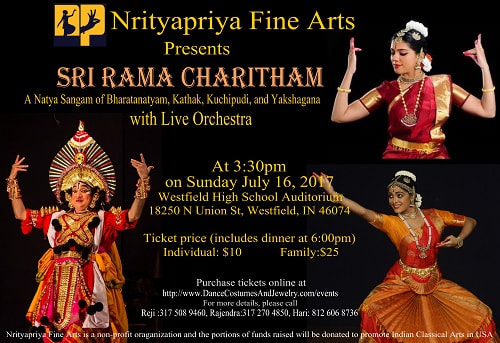 Sri Rama Charitham By Nrithyapriya Fine Arts, Carmel, Indiana
16 July 2017
Sri Rama Charitham , a presentation combining Bharatanatyam, Kuchipudi, Yakshagana, and Kathak in an effort to present the epic of Ramayanam in a colorful and unique setting. Sri. Rajendra Kedlaya, who presents yakshagana, is a senior dancer and is a disciple of Guru Bannanje Sanjeeva Suvarna. Smt. Aparna Satheesan, disciple of Guru Dhananjayans and Smt. Vyjayanti Kashi, will be presenting Kuchipudi in this drama. The Bharatanatyam dance form will be presented by Kumari Jwala Rejimon, disciple of Smt. Savithri Jagannatha Rao, and Smt. Nithya Kalyani Vaidyanathan. Jwala has performed at various sabhas in Tamilnadu including Sri Krishna Gana Sabha, Tirumala Tirupathi, Chidanbaram, and Karur Natyanjali festivals.

Natya Utsavam by Ragamalika TV, Chennai
8 May 2017
Ragamalika TV featured Jwala in their Special Live Series conducted in Chennai in 2017. The performance was  telecasted on Friday, 12th May 2017 at 5:30 pm in Kalaingar TV under title of  Kalai Kovil. 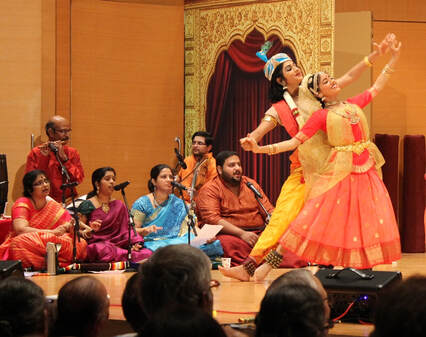 Srimad Bhagavatham at Cleveland Thyagaraja Festival
16 April 2017
Jwala was part of a four-part dance production called "Srimad Bhagavatham" hosted by the Cleveland Thyagaraja Festival as part of their 40th anniversary celebrations. Each of the four parts was choreographed by a different esteemed guru of Indian classical dance from Chennai. Three of the productions were conducted in Bharatanatyam, and one of them was in Kuchpudi. Jwala was able to participate in all four productions and bond with several upcoming artists from Chennai. 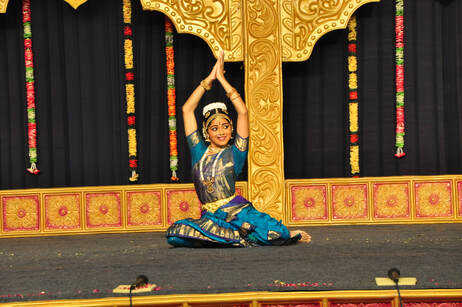 Chidambaram Natyanjali, Tamil Nadu, USA
26 February 2017
Jwala performed at Thillai Nataraja Temple, at Chidambaram on the occasion of Shivarathri Festival .  She is most thankful to the Natyanjali Organizers and Cleveland Thyagaraja Festival Committee for organizing this great opportunity.
Additionally, she is incredibly thankful for the guidance and support of her Gurus, Smt. Savithri Jagannatha Rao, Smt. Nithyakalyani Vaidyanathan, and Smt. Bragha Bessell.
A very special thanks to Guru Smt. Rhadha Ramanathan - without her help, this program would not have been possible. A huge thanks to the orchestra members, Smt. Sutikshna Veeravalli, Sri. Bhavajan Kumar, Sri. Madurai Venkat and Sri. Sriram, who performed and rehearsed at a very short notice! 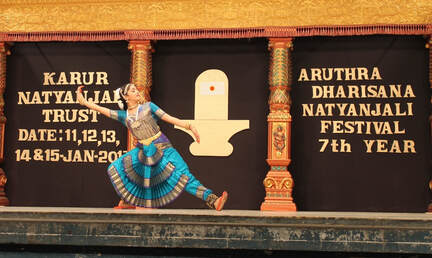 ​Karur Natyanjali, Karur, Tamil Nadu, India
15 Jan 2017
Thanks to Guru Smt. Savithri Jagannatha Rao for her valuable time and efforts to train Jwala for this program. A special thanks to the Karur natyanjali trust for this amazing opportunity to perform at Arulmigu Kapalewsararar Temple. Thanks to Jwalas Gurus Smt. Nithyakalyani Vaidyanathan, Smt. Bragha Bessell, Smt.Rhadha Ramanathan and Smt. Mangala Anand for the training, blessings and guidance. 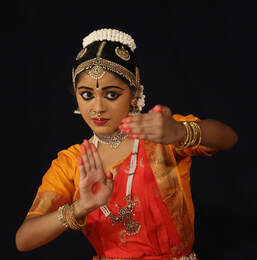 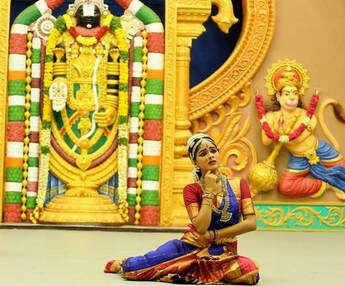 ​Nadaneerajanam, Tirumala, Tirupathi
16 October 2016
Thanks to Cleveland Thyagaraja Festival and TTD Tirumala Tirupathi Devastanams for this amazing once in a life time opportunity for me and Kalyani. Thanks to Sri.Veeravanallur V Sundaram, Smt. Savithri Jagannatha Rao and Smt.Gomathi Sundaram for the blessings, guidance and support. Special thanks to the Orchestra with Smt. Savithri Jagannatha Rao-Nattuvangam, vocal-Shri K Hari Prasad, Mridangam-Shri R Karthikeyan, Violin-Shri Easwar Ramakrishnan, flute-Shri B. Muthukumar and Smt. M R Vanishree-Sruthi. 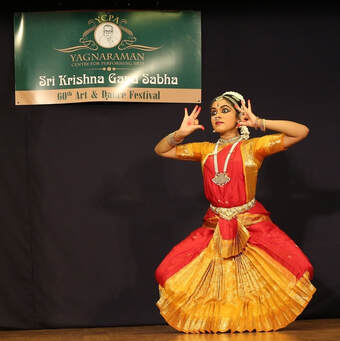 ​Sri Krishna Gana Sabha, Chennai, India
31 July 2016
In July of 2016, a program for Kalyani Pillai and I came up suddenly. The constant encouragement from Sundaram Mama, Gomathi Mami, Nithya Mami, and Savithri Mami helped both of us get through the stress and pre-performance nerves. Ultimately, I am extremely thankful to Sundaram Mama and Sri. Krishna Gana Sabha for the opportunity, and the entire experience will remain close to my heart forever. 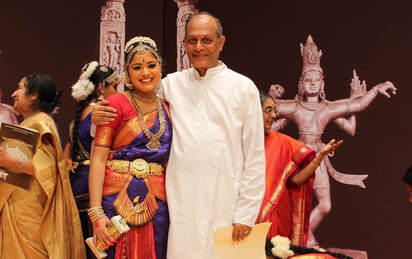 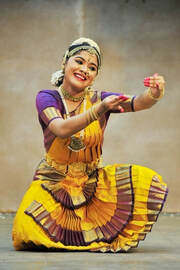 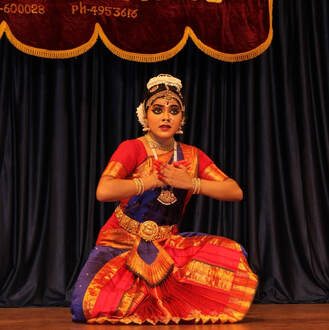 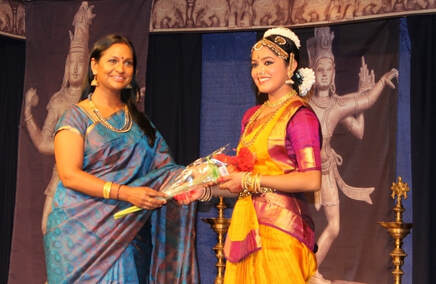 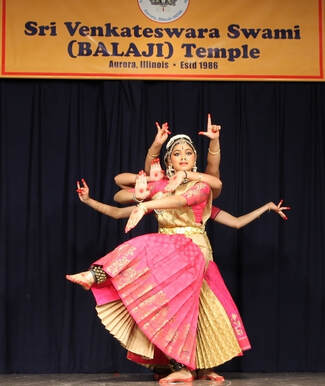 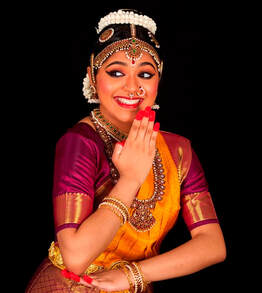 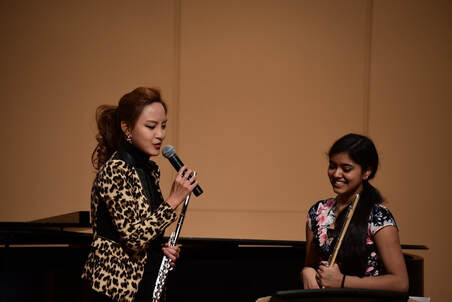 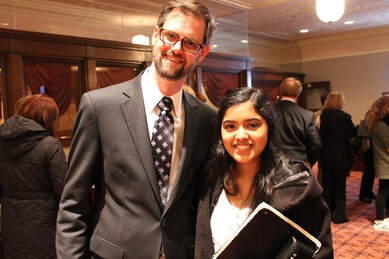 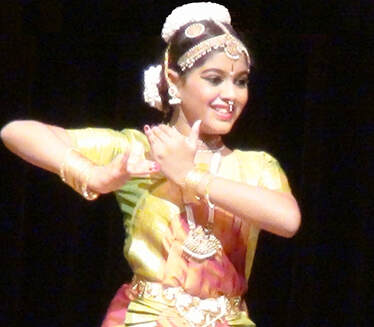 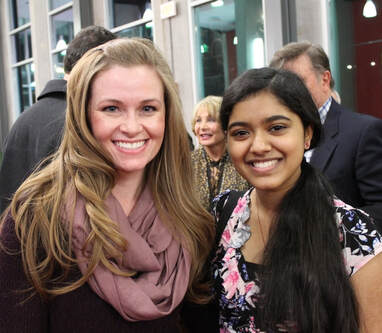 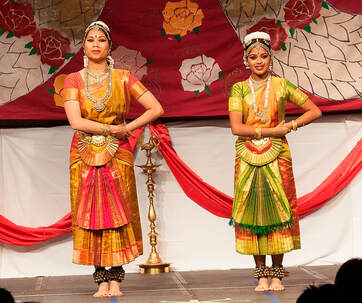 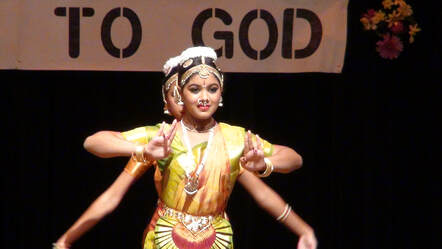 ​Thyagaraja Aradhana at St.Louise Temple, MO, USA
23 Apr 2011
Jwla performed with a group of dancers from Nrithyabharathi Institute of Dance 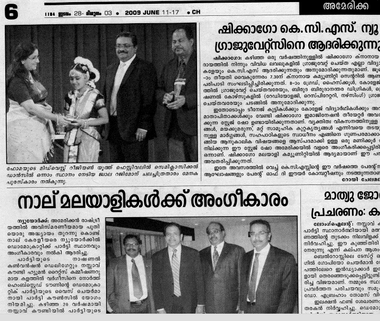 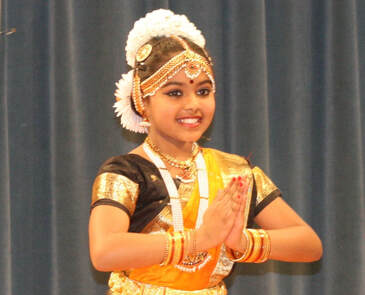